Archived content is provided for reference, research or recordkeeping purposes. It is not subject to the Government of Canada Web Standards and has not been altered or updated since it was archived. Please contact us to request a format other than those available. 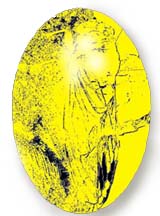 Cicadas are widely appreciated for their magnificent appearance. Individual specimens of some of the larger, more colourful species can fetch as much as $30 for the handsome black and white Formotosena montevada or $25 for the gaudy red and yellow Salvazana imperialis from Thailand. Specimens of the red and black cicada Huechys sanguinea are more modestly priced at $5 but are in greater demand, especially in China, for their reputed medicinal properties when dried.

Many local cultures also add cicadas to their diets. Recent attempts to interest North Americans in recipes for Periodical Cicada treats may meet with some resistance, partly due to the unreliable supply.

Early accounts of cicadas that "eat up" leaves or inflict painful or lethal stings are quite unfounded. Cicadas, like other plant-feeding true bugs, feed on plant juices. They insert their slender beaks into the sap-transporting cells (xylem) of twigs and roots and filter the watery fluid for its nutrient content, rapidly excreting the remainder. Since this sap is produced by roots in vast quantities it takes a very heavy cicada infestation to cause any feeding damage to a tree. Crops such as sugar cane, asparagus, grape and cotton have been reported as damaged by cicada nymphs in tropical and subtropical areas. With no need to insert much saliva, their "bite" is not very painful in the rare case when a cicada mistakes a finger for a twig.

Cicadas are chiefly a problem because they lay hundreds of eggs in numerous slits in twigs. The slits are gashed lengthwise by a powerful saw (ovipositor) in the female abdomen. Twigs so slit are greatly weakened and tend to break off easily. When numerous, cicadas damage so many twigs that growth and fruition may be severely retarded in the subsequent year. Fruit trees in particular are susceptible to such damage, although in future years the trees may actually benefit from the "pruning". Losses to fruit trees occasionally occur from California to British Columbia when the Salmonfly Cicada, Platypedia areolata swarms; or when the Desert Cicada, Diceroprocta apache, breeds on asparagus and then invades nearby date trees, where its egg slits can ruin ripening fruit. Heavy damage is associated more frequently with the periodical cicadas, Magicicada species of the eastern USA, which can emerge in overwhelming numbers. So far, Canada has escaped such infestations. Periodical cicadas occur in adjacent parts of the USA and pose a definite risk of importation to Canada. Other exotics may occasionally be imported into Canada with potted plants. As these insects would not survive the winter, these pose no threat to Canadian plants.