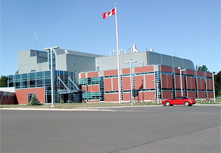 Potato research is the Centre's main focus as the province of New Brunswick is a recognized world leader in potato production. The scientific research at the Centre is in three areas:

Facilities at the Fredericton Research and Development Centre

Agri-based science solutions for the environment

Results of our research