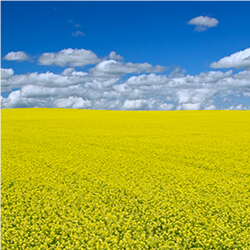 Last month, the General Administration of Customs of China (GACC) suspended the licenses of two Canadian companies – Richardson International Limited and Viterra Inc. – to export their canola seed to China. China is citing non-compliance with China's plant health requirements, and as such, has also increased their inspection measures on Canadian canola.

The government also formed the Government of Canada Canola Working Group, which held a productive first meeting April 4 as the sector works together to resolve this issue. Co-chaired by the Canola Council of Canada and Agriculture and Agri-Food Canada, the group will provide a forum for industry and governments at all levels to collaborate to resolve this issue based on science.

The Government of Canada is closely monitoring the situation and any potential impact on Canada's agricultural trading relationship with China.