Icewine and wine in China

Feedback about this web site

Canadian Icewine is a sweet dessert wine renowned for its rich flavours and unsurpassed smoothness. While Icewine is also made in Germany, Austria and the United States, Canada is the only wine-producing region in the world with a climate so cold that its vintners can guarantee an annual production of this highly sought-after product.

Icewine is created from grapes naturally frozen on the vine, a process that generates a thick golden liquid with highly concentrated natural sugars and flavours. The resulting wines are of spectacular quality, with subtle bouquets of peaches, apricots, tropical fruits, honey, toffee, caramel, maple and nuts, depending on the grape varietal used in making the Icewine. The range of grape varietals is continually expanding as producers move to red wine grapes—such as Cabernet Franc—from the traditional Icewine base of Vidal and Riesling grapes. Icewine is also being infused into sparkling wines and spirit-based products, expanding the range of Icewine products even further.

China is Canada's largest market for Icewine despite the decline in exports between 2013 and 2015. Most Canadian Vintners Quality Alliance (VQA) Icewine comes from Ontario, followed by British Columbia. Nova Scotia produces Icewine in smaller quantities. Quebec has not exported Icewine since 2014.

With the rising middle class in China, there is expected growth in demand for wine from emerging low-tier cities as the consumption of wine slows down in first-and second-tier cities. As a result, the total sales of wine in China are expected to reach US$91.3 billion by 2021, at a compound annual growth rate of 6.5% (from 2017 to 2021). This provides an opportunity for Canadian Icewine producers to sell their product to Chinese consumers.

From 2012 to 2017, there were a total of 131 wine products launched in China. However, none of these launches included Icewine. Over 91% of wine launches in China were new product introductions. The remaining were relaunches due to change in packaging and new formulation in ingredients. Of the total wine launched in China during the review period (2012 to 2017), three of the products were imported from France, South Korea, and Spain. 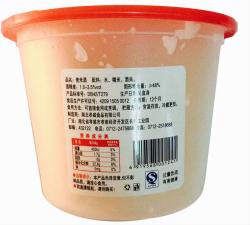 © Her Majesty the Queen in Right of Canada, represented by the Minister of Agriculture and Agri-Food (2018).

For more information reach us at aafc.mas-sam.aac@canada.ca.