Feedback about this web site

According to Euromonitor International, Mexico is the second most populous country in Latin America. The total population grew by 1.4% over the past five years, reaching 127 million in 2016. Real GDP should grow by 2.3% in 2017 – the same rate as in 2016.

In recent years, health and wellness products gained popularity as awareness on nutrition increased. According to the World Health Organization’s 2015 data, over 30% of Mexico’s adult population is obese, this percentage is retrieved based on the Body Mass Index (BMI) of 30 kg/m2 or higher. To counteract the country’s hight obesity rate, the government started an anti-obesity campaign which is implemented by taxing a rate of 8% on products containing more than 275 calories per 100 grams. The intention is to encourage citizens to consume fresher and healthier products. Furthermore, growth in the middle and upper class consumer base have also contributed to the increasing demand for healthy and high quality value-added products.

More opportunities can be sough in Mexican hotels, restaurants and in other caterying institutions. Mexico is one of the most visited countries in the world and the growing number of tourists has pushed the foodservice industry in a favourable direction where the focus is on improving quality of food and extending the range of products including certified organic foods. As indicated by the Canadian trade commissioners in Mexico, Canadian companies may leverage promising opportunities among high-end restaurants, European-plan hotels and boutique hotels in Mexico’s major cities such as Mexico City, Guadalajara, Monterrey, León and Aguascalientes as well as touristic destinations such as the Mayan Riviera, Acapulco, Los Cabos, Puerto and Nuevo Vallarta.

The Mexican government is in the process of reducing the country’s dependency on imports, despite locals’ perception on imported goods being of higher quality than domestic processed foods.

Canada’s main competitor in the Mexican food market is the United States. Large U.S. companies such as Walmart and Costco have dominated the retail food market with a combined market share of over 50%. Additional competition comes from local food companies such as Herdez. Mexico is a price sensitive market with long established businesses in the food sector. In addition, Mexican consumers are very loyal to their brand. As a result, Canadian companies must carefully prepare their market penetration strategies if they are to compete successfully with influential local food companies. Nevertheless, exploring collaborative opportunities with local firms or exporting food ingredients may prove to be ideal strategies to consider in the future.

Modern retailers such as supermarkets and convenience stores continue to win over consumers, as they increasingly expand to smaller and second tier cities, while targeting localized and high-tier segments. High-end supermarkets, in particular, are always seeking to form strategic alliances with importing companies in order to gain access to a wider range of new and innovative products.

Imported products are usually sold through supermarkets and warehouses, but are entered into Mexico through the company’s corresponding local office, brokers, distributors or processors. Trade commissioners recommend that Canadian exporters enter the market through distributors, since local distributors can provide useful information on the established distribution networks. In addition, it may be difficult for exporters to build and maintain brand identity if they choose to collaborate with brokers to enter the market. Exporters also need to be aware of the mark-up prices when dealing with different stakeholder. Respective brokers and distributors typically add 20% to 30% mark-up on goods; wholesalers usually add 30%, while supermarkets will add up to 35% mark-up.

The Mexican government established public-private supply centres, or “Centrales de Abastos” in Spanish, to improve the regional distribution markets. The centres were initially operated by private companies, but are now administered by officials.

There are currently 64 large supply centres around the country. The main one is located in Mexico City, with 304 acres of commercial area, around 4,000 warehouses, over 6,000 wholesalers, and more than 30,000 tonnes of annual agri-food trade. Fresh local produce and imported bulk food products come from 28 states in Mexico and from more than 10 countries including Canada are sold there. According to the Centrales de Abastos’ website, national prices for horticulture products are determined and fixed in the centres, from which about 90% of the Mexican bean importers are located in these 64 Centrales de Abastos.

The private label industry is extremely competitive in Mexico which is why Mexican retailers are always seeking new ways to provide premium food items to differentiate organic products. Premium private label items provide an opportunity for Canadian suppliers to introduce premium and innovative imported goods to the Mexican food market.

For labelling requirements, the Mexican Official Standard NOM-051-SCFI/SSA1-2010 requires labels for certain products to provide information in the Spanish language. In an effort to increase citizens’ health awareness, the Mexican government announced new labelling regulations in 2015 that requires manufacturers to include content levels of fat, sugar and sodium on the front of the package. 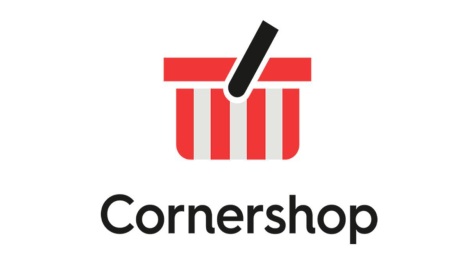 According to Euromonitor Internatinoal, 18.4% of households owned smartphones in 2015, a 41% increase from 2010. The penetration of smartphones in Mexico has been growing rapidly, however, there is a paltry amount of e-commerce or m-commerce in Mexico.

An iOS or Android app based start-up, “Cornershop”, founded in June 2015, seized this market opportunity to provide on-demand grocery delivery service in Mexico City. Through its website, the company claims that consumers can order from several stores inducing local supermarkets or specialty shops such as Chedraui Selecto, Walmart, City Market, Costco, The Green Corner and Superama, etc. The shoppers who will be in charge of shopping and delivery will deliver the order within 90 minutes if the goods are available.

According to Euromonitor International 2017, the six segments of organic packaged food listed above currently have noticeable presence in the Mexican food market. Opportunities exist for packaged organic products that are not domestically produced in Mexico, such as organic baked goods, dairy products, organic bakery cereals, and organic biscuits and snack bars.

Furthermore, it is suggested that the number of Canadian export products with health and wellness focus are limited in Mexico because of the lack of awareness in health benefits of such products. Mexican consumers with high levels of education are the ones who most choose to purchase organic produce. Whereas, many low income consumers and low level of eduaction are not only unfamiliar with the agricultural process of organic food, but they cannot afford to buy premium goods.

The organic beverage category recorded a substantial compound annual growth rate of 10.1% from 2012 to 2016 and a retail sales value of US$15.4 million in 2016. By 2021, the retail sales value is expected to increase to US$28 million with a compound annual growth rate of 12% between 2017 and 2021. Organic coffee and organic soft drinks are the most popular subcategories in Mexico.

The power of brands and brand loyalty in Mexico has been historically strong. Companies looking to increase or maintain their market share could benefit by offering new, healthier formats of existing products, such as “reduced fat”, “low calorie” or “reduced sugar” versions.

International Trade Commissioners can provide Canadian industry with on-the-ground expertise regarding market potential, current conditions and local business contacts, and are an excellent point of contact for export advice.

For additional intelligence on this and other markets, the complete library of Global Analysis reports can be found on the International Market Intelligence page, arranged by region.

© Her Majesty the Queen in Right of Canada, represented by the Minister of Agriculture and Agri-Food (2018).

Photo Credits
All photographs reproduced in this publication are used by permission of the rights holders.
All images, unless otherwise noted, are copyright Her Majesty the Queen in Right of Canada.

The Government of Canada has prepared this report based on primary and secondary sources of information. Although every effort has been made to ensure that the information is accurate, Agriculture and Agri-Food Canada (AAFC) assumes no liability for any actions taken based on the information contained herein.

Agriculture and Agri-Food Canada provides this document and other report services to agriculture and food industry clients free of charge.