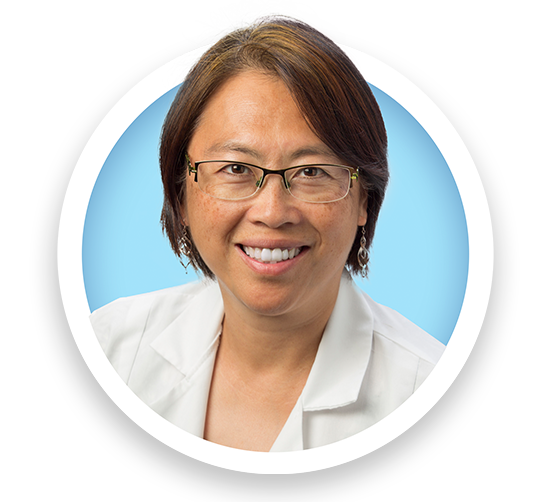 I've always had a fascination with living things and how they worked. I also come from a family of scientists—my father was a potato breeder at the Fredericton Research and Development Centre. So even though I didn't start out studying plants (my PhD was in mammalian genetics) I feel very lucky to be back where I grew up, studying potatoes. I guess it's true what they say about the apple not falling far from the tree!

The research work is exciting; I am able to make discoveries about basic science and apply these to improving crops and their production. Another aspect that I enjoy is working with my colleagues at Agriculture and Agri-Food Canada (AAFC) and outside AAFC. The scientific community and the AAFC community are made up of great people.

The cost of DNA sequencing has dropped drastically in the last 20 years—about ten thousand-fold. This has resulted in major changes in the way we study biology and agriculture. It has created great amounts of knowledge and increased our ability to develop improved crops and crop management strategies.

What is your favorite food?

I have lots, but here are two favourites: potato chips and red bean paste steamed buns.

We were asked to do summaries of our scientific papers using an online system, and several of us encountered difficulties entering the information when the software was first launched. I decided to test the system with a summary of only two words: "awesome study". I never received a confirmation that my summary was successfully submitted, so I figured the system was not working and reported this to management.

A few weeks later, I received an email that stated that I was invited to be a summaries mentor "based on the summary I submitted". I guess my "awesome study" did eventually reach someone in the system.

Imagine gathering 200 wild relatives from all over the world to discover their best characteristics. That's what Agriculture and Agri-Food Canada potato breeder Dr. Helen Tai sees every day. At the Fredericton Research and Development Centre, she and her team look at the huge genetic diversity found in potatoes from around the world—including wild, exotic species—to make better quality spuds for Canadians.

Some of the varieties they work with—from as far away as Peru—are related to our domestic potatoes. These potatoes from around the world have natural defenses that have served them well through the ages, fighting diseases and pests. And Dr. Tai is a fan.

"Potato populations are a tremendous resource", she says. "We recognize that the wealth of diversity available in potatoes may not exist in other plant species."

Lately, she has called on some of those wild species to fight the dreaded Colorado potato beetle. It is a small, striped bug that causes more damage than any other insect to Canada's $1 billion potato crop, and it's tough to keep in check. Producers need powerful pesticides to control these bugs, but eventually, the pesticides stop working as the bugs develop a resistance.

Some exotic potatoes produce their own natural chemicals that keep pests away. For example, beetles don't like the taste of the leaves of those varieties, so they avoid them.

That's a cue for Dr. Tai. She and her team found pest-repelling genes and were able to breed two new varieties of potatoes that resist beetles. In fact, in research trials, the number of potato beetles feeding on the plants dropped by one-half.

The new varieties require fewer pesticides, which is better for the environment, saves farmers money, and is music to the ears of consumers. That's why, in Dr. Tai's lab, wild relatives are always welcome.