This report is a scenario analysis done in 2018 on the financial impact of carbon pricing on the agriculture sector based on the latest information available at the time of writing. This information included 2016 tax data from farms and 2017 provincial policies.

It is an analysis of the potential impacts of carbon pricing prior to policy implementation. The actual policy was updated based on lessons learned from this analysis. For example, rebates for greenhouses were included based on this analysis.

This report has been publicly available since July 2018. After having received multiple requests for the document it was posted on the site for greater ease of reference.

The updated analysis evaluates the direct financial impacts of a carbon price; it does not include revenue recycling, behavioural changes nor other benefits of carbon pricing 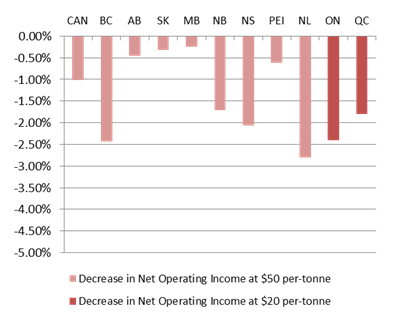 Based on modeling results provided by the Economic Analysis Directorate of Environment and Climate Change Canada in July 2017.