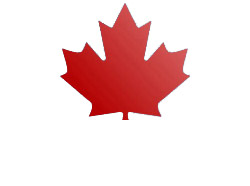 International trade shows play a crucial role in the ability of Canada's agriculture and agri-food industry to succeed in the global marketplace. Every year, the Government of Canada partners with exporters to secure space at the world's largest shows and enhance the profile of Canada's diverse and innovative products in the world's most dynamic markets. We can help you reach global success by bridging the gap between your products and buyers around the globe!

So far this year, over 150 Canadian industry groups have participated in key international trade shows, including:

Canadian industry also participated in a number of other shows since the start of 2017, including:

We can help you exhibit

Interested exhibitors are encouraged to apply to AAFC's AgriMarketing Program, which offers cost-sharing for a variety of international market promotion activities, including exhibiting at trade shows. You can also consult the list of international agriculture and food trade events for an index of global events supported by trade commissioners.